Christian Louboutin For Your Fingers and Toes 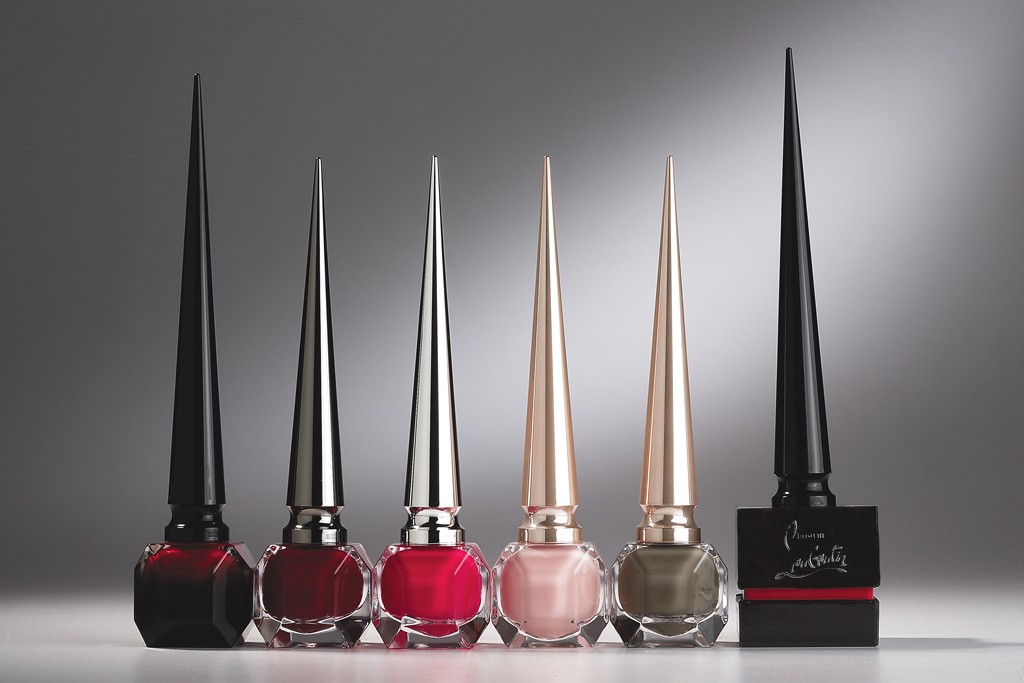 Love your Louboutins? Now you can expertly match your nails and toes to your favorite pair.  The designer just launch a new line of nail polish and of course, the initial color is the signature rouge – red to match the soles of a line that has become the modern icon of style and luxury.  Nail polish plays an important role in the history of the brand. Back in 1992 when the designer was reviewing his third collection, he was stunned that the prototype was not as exciting as his sketch.  With that he grabbed a bottle of red nail polish from his assistant’s desk and began to painting the soles – et voila! An icon was born.

This new line of polish in totally inline with the Louboutin brand – both in price and design.  You can expect to drop $50 for one of these spikey bottles that is as sexy and dangerous as his stilettos.  (Seriously, the bottles could be used as weapons). The polish is currently available in Saks Fifth Avenue flagship store – with a fancy dedicated boutique found on the eighth floor, in any of the 16 Louboutin stores across the country or at select stores online.  Currently only the red has been released, but 30 more colors will follow in September.

If you are in NYC make sure to checkout the spectacle Saks created for this launch.  The style mecca dedicated five windows to showcasing the launch with architecture designs that depict “Loubiville” – a whimsical world built on shoes.  Wait, a world created by a shoe designer is prob not a bad thing!  The company also hired avant-garde film director David Lynch to create the video for the launch found on the designer’s website. 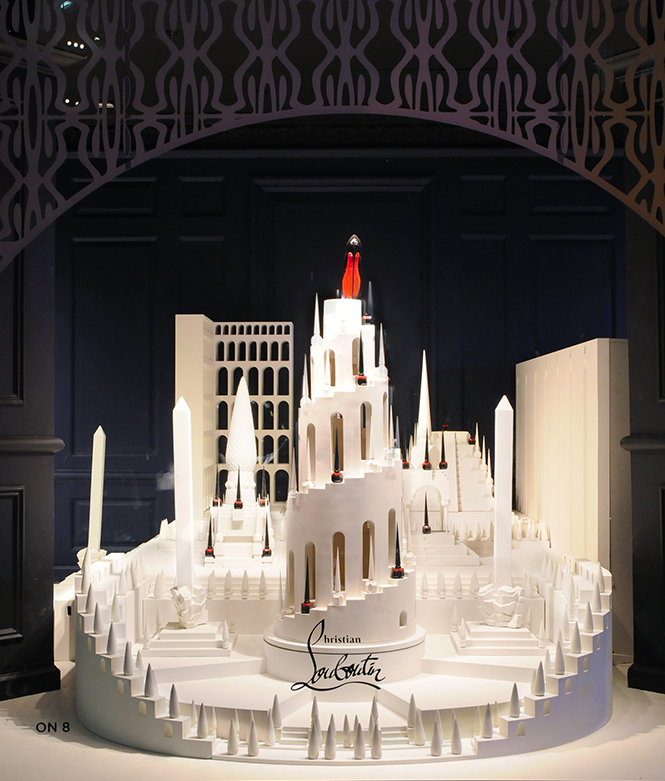 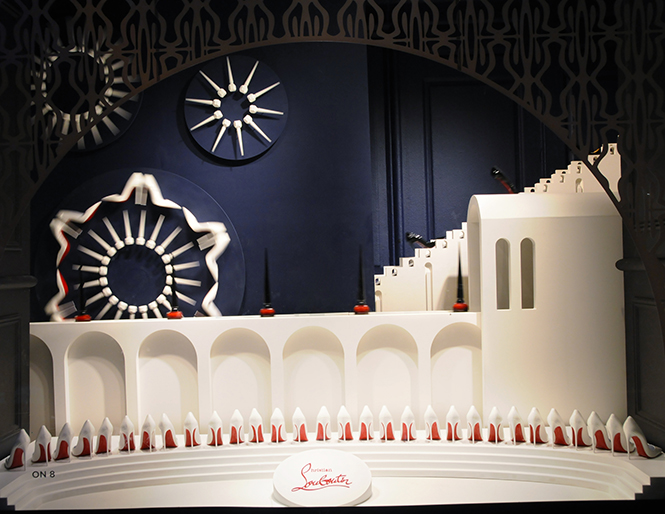 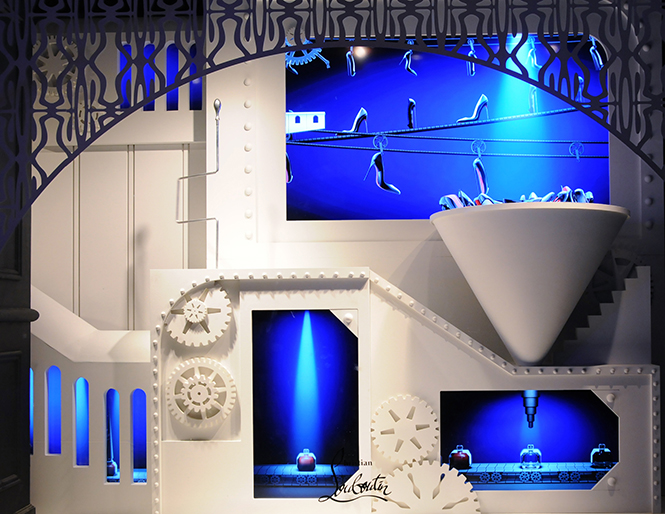 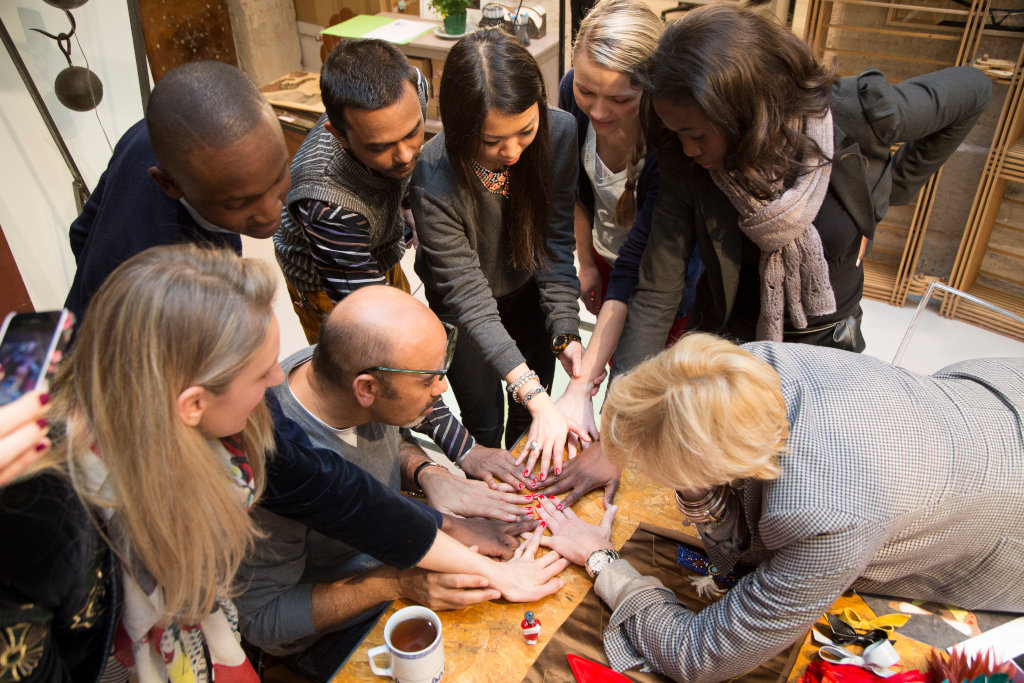 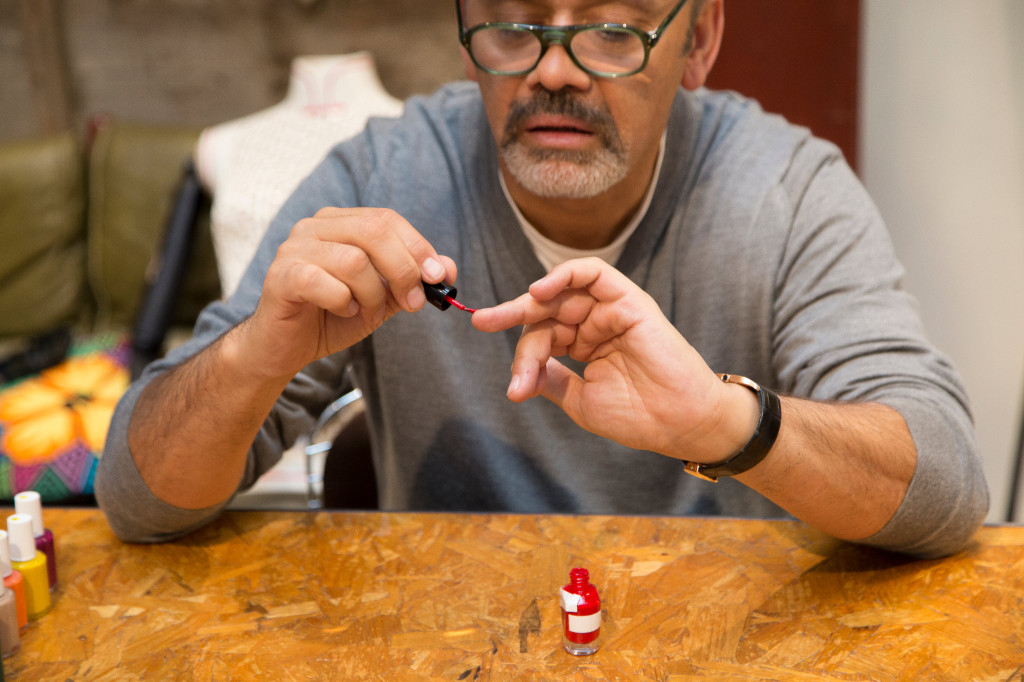 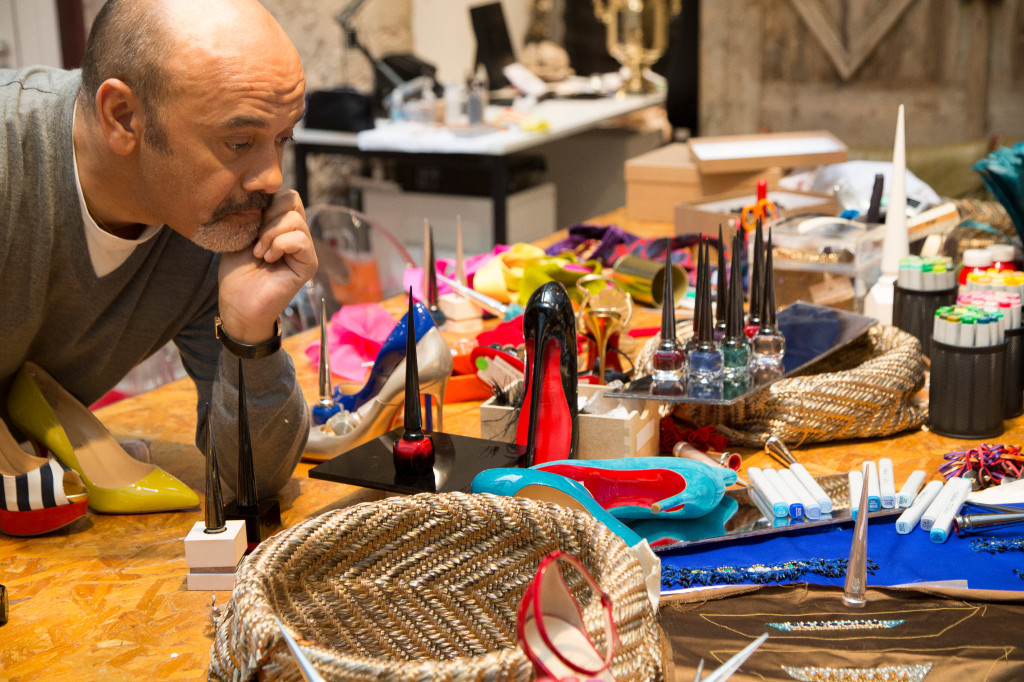 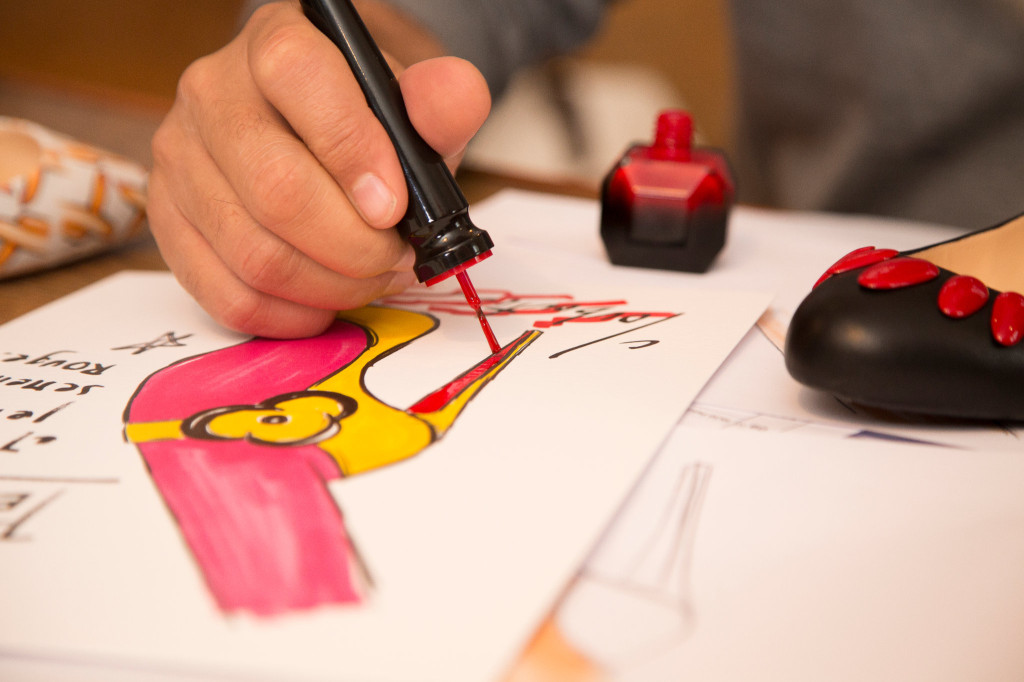 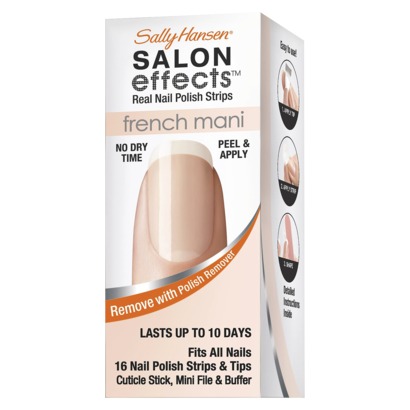 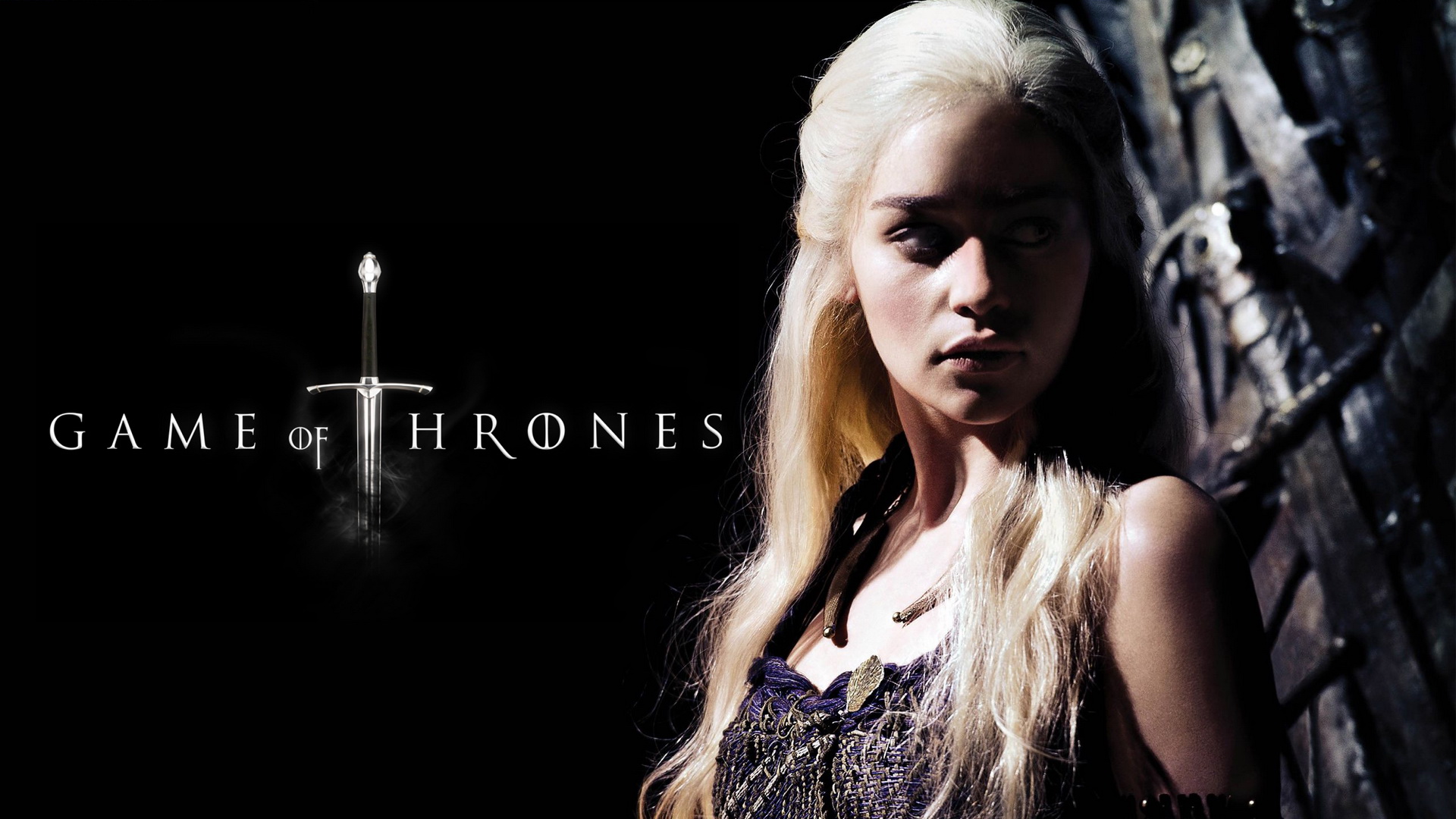 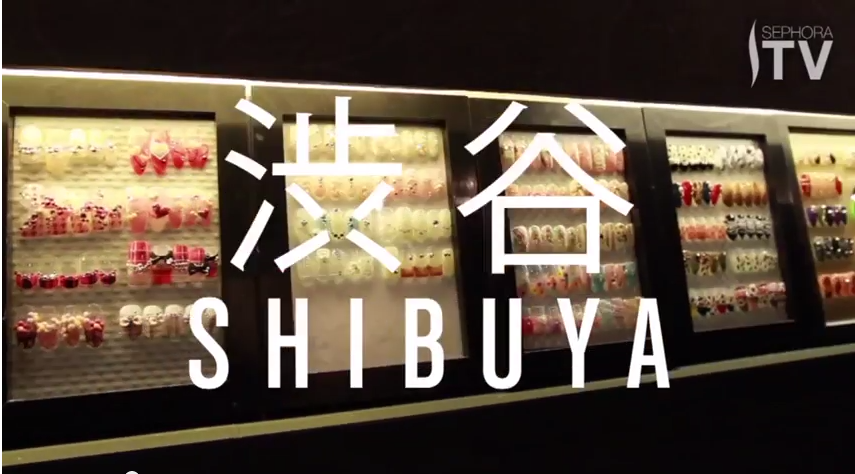